The capital city of Bangladesh, Dhaka, has many splendours that delight travellers from across the world for the kind of life it showcases

Dhaka is more than just a city. It welcomes everyone with open arms. The city has its own set of charms. It is brimming with energy. Millions of individual pursuits constantly churn together into a frenzy of collective activity – it is an urban melting pot bubbling over. Nothing seems to stand still. Even the art moves, paraded on the back of the city’s sea of rickshaws.  Dhaka exudes a rich cultural heritage with buildings, places and people making it an attractive city to explore.

It does not matter how many times you visit this city, the sensation of being utterly overwhelmed is always present. Sights and experiences come at you so thick and fast that it would take a lifetime to know this mega-city’s every mood. A day can be spent alternating between the riverbanks of Old Dhaka and the swish restaurants of Gulshan seeing the unique characters of the this part of the world. We cannot guarantee you’ll fall for Dhaka’s many charms, but sooner or later you will start to move to its beat, and when that happens, Dhaka stops being a unknown ride. It starts becoming a cauldron of art and intellect, passion and poetry, love and much more. Whatever happens, this is one fairground ride you will never forget.

It is said that a river or sea adjoining a city adds life. Sadarghat river port proves that point. On the bank of River Buriganga, one must connect with the amazing scenes of life. Stretch your vision and boats of different kinds will be seen all around. The paddle steamer service available here was introduced during the colonial period. The river connects to many towns in its route.

Interesting places to visit at Dhaka

Dhaka is a big city and within a short span of time, you can see only a few places. One is home to a 300-year-old market, Shankaria Bazaar. It is known for its vibrant splash of colours, craziness and cacophony. Numerous crafts can be seen through tiny workshops tucked away in narrow alleyways. Look out for kite makers, jewellers, tombstone engravers and artists painting various images. Shankaria Bazaar is in Old Dhaka, a 10-minute walk northwest of the Sadarghat Boat Terminal.

Nonetheless, a visit to the new market is essential if you are searching for jewelry, bookshops, ready-made garments, household items. It was established during the 1950s as the oldest complete shopping complex housing fresh fish, fruits, meat and vegetables. This market is said to be the best source for fresh produce among Bangladesh’s affluent society. There are even modern markets and shopping complexes in the city to explore.

The city is culturally vibrant and has had its share of royalty. To the south of Shankaria Bazaar is Ahsan Manzil on Ahsanullah Road, also known as the Pink Palace. This is an apt place to relax and spend some quality time as cultural events are sometimes held in the gardens. Here you can also witness how the Bangladeshi elite used to live. This palace was once home to the wealthy Dhaka Nawab family. The building is full of grand ballrooms, snooker halls and river-view bedrooms. It also offers a good spot to sit quietly and get away from the riverside mayhem. Now a museum, it gives an insight about the life of Bengal rulers during the British Raj. It is a must visit place in Dhaka.

Established in 1921, Dhaka University is the oldest university in the country. Surrounded by lush beautiful grounds, it has libraries, art galleries and cafés, and is a great spot to take a book or chat with the friendly students looking to practice their English.

Lalbagh Fort is also something to look out for. Established in 1678, the building remains as an outstanding monument among many. It has a small three-domed elegant mosque, the mausoleum of Bibi Pari.  When the fort was built, the river Buriganga used to flow quite close to the Lalbagh fort to the south.

Historically, Dhaka has always welcomed people. Looking at its history, the Armenian Church holds much importance. It is believed that in the 17th century, Armenians came to Dhaka and families started relocating themselves to the older part of the city. Later, this place came to be known as Armanitola. Built in 1781, the church has a balcony with wooden seating available for 100 people. One can also include Dhakeswari temple in the itinerary. It is the oldest Hindu temple in Dhaka dating back to the 11th century. According to legends, the word ‘Dhaka’ came from the name of this temple where followers throng everyday in large numbers. 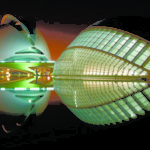 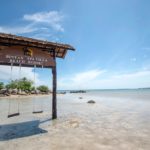 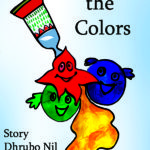