Also referred to as the Blessed Teresa of Calcutta, Teresa will be declared a saint on September 4. In this life, we cannot do great things. we will only do small things with great love. She was recognized as Mother to the planet, and now after being canonized by the Anglian Church, she is going to be regarded as a ‘Saint’. Mother Teresa devoted her entire life selflessly to serving the poor and needy people, expecting nothing reciprocally other than love and faith. She proved that you simply don’t need to conceive to become a mother. Recipient of the 1979 Noble Peace Prize and sanctified as ‘The Blessed Teresa of Calcutta’ a robust-willed, independent, and faithful character herself, Teresa is an idea for many youths who want to serve to society. Her long life reflects her willingness to follow her own conscience although she knew the path won’t be easy.

Early life of Teresa
Born as Gonxha Agnes Bojaxhiu in Yugoslavia, Teresa considered August 27, 1910, to be her actual birth date because it was the day she was baptized. During their early years, little Agnes was amused with the stories and lives of the missionary services in Bengal, India. She was left fatherless at age of eight together with her mother and two elder sisters to run an embroidery shop.

At the age of 18, she left home and her family to become a nun, only never to return. She traveled to eire and joined ‘Sisters of Loreto’ to learn English and later to Darjeeling in India, where she learned Bengali and taught at now Teresa’s School. There she adopted the name Teresa and took her first vows.

Even though she was leading a comfortable life serving at the convent, Sister Teresa became more and more disturbed by the poverty around her. She then recalls her “call within a call” when she understood that she could only help the poor by living among them. She gave up the convent life and uniform and began her missionary work wearing a plain white cotton saree with a white border, and traveled to Patna to find out basic medical training at the Medical Mission Sisters.

Bangladesh connection
Immediately after the independence of Bangladesh on December 16, 1971, the Bangladesh Catholic Church authority invited Mother Teresa to start her work in Bangladesh itself. In response, she started a centre in Khulna first.

Moreover, in early 1972, Teresa and her Sisters came to Dhaka and took over the vacated building at Amputty, from where the Adoration Monastery had moved to Mymensingh town. They named their centre “Shishu Bhavan” (children’s home). during this centre, the Missionaries of Charity gave shelter to an honest number of females.

“I know god won’t give me anything I can’t handle, I just wish god wouldn’t trust me such a lot .” 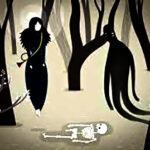