At the age of one and a half years, symbolic thoughts begin in the mind of the child. As a result, innovation comes in his behavior. At the same time, the various fields of child development became full of outstanding diversity.

Notice the change in the baby step by step

The rate of physical growth is further reduced than before. Hunger decreases with him. At this time the body fat dries up due to excessive walking. The lower spine is slightly tilted forward. All in all, his stomach can look big. Brain growth continues for the whole 2 years.

Most babies learn to walk independently before their first birthday, but some may not achieve it before the age of 15 months. Just as a very agile, fearless child is more likely to be able to walk early, so a less agile, timid child is more likely to learn to walk late. However, the child who can walk first, will be ahead in other matters কোনো there is no such relationship.

At first he walks hesitantly. It swings with a lot of space, like a swan when its knees bend, its hands are fixed at the elbows, and the direction of the toes is not right. But after a few months of practice, the feeling of staggering is gone. The knees remain straight, he finds the advantage of bringing balance by shaking hands, from now on the toes can carry the weight properly and from now on he is able to perform actions like stopping, turning etc. if desired. Moreover, like before, he does not stumble from time to time.

Growths, such as the ability to grasp an object, grasp it, or grasp it, are almost complete. The advantage of being able to walk gives him the opportunity to use interesting products. Trying to do things like combing hair, drinking from cups, inserting cassettes into video recorders. At this time, the behavior of parents and older children at home creates opportunities for him to know and learn new things.

You will be happy when you see me

Keep teasing at first. But as soon as he was able to walk, his attitude changed significantly. Acquiring this new ability and applying it creates a distance between mother and father and it always keeps the child excited. Just as the planets orbit the sun instantly, so at this age all the activities of the child revolve primarily around the parents. Goes a little farther away from the parents and looks back, moves a little further away and comes back to be sure and touches them once. Only in familiar weather and adventurous children show such activity that they ever show the courage to go far away behind their parents. On the other hand, children become fearful of strangers and the environment and refrain from doing these things.

How a child views their parents as a source of security depends entirely on the relationship that develops between them and their parents. Leaving the child alone in a playground in an unfamiliar situation can give some idea of ​​the closeness between the parent and the child. As soon as the parents leave, most of the children stop playing, start crying and follow the parents quickly. But when the parents come back, the wonderful scene can be seen. At this stage a close relationship has been formed with the parents that the child, he will quickly embrace the found parents, want to be anointed with affection, then begin to see in his mind. But the child with whom the parent’s intimate relationship did not begin, the child begins to hurt them in anger and grief when the parents return. On the other hand, in a child whose parents have no relationship with him, there is no emotion in his mind or behavior when he sees his parents coming back. In this way, he remains indifferent even when his parents leave. The necessary information is that a child with whom his parents have not developed a close relationship, a child at this age who has not found any sense of security, may have problems in the future with the normal formation of the child’s intelligence and emotional feelings.

What he or she can talk

Children at this age can understand more than they can say. The age at which a child utters the first meaningful word of life usually occurs at the age of 12 months. At that age the child can properly follow small commands like ‘no’, ‘bye bye’, ‘ta ta’ or ‘give me’. A 15-month-old child is able to show the major parts of the body and utter words like 4-6 using the correct noun terms correctly and fluently. He enjoys uttering meaningless syllables from time to time. However, at this age, most of the child’s desires and thoughts are expressed through wordless language exchange. Like, go talk a lot and don’t say anything.

Most of the parents do not remember the age at which the child is able to walk, even though they cannot remember the different stages of the child’s development such as recognizing the mother, smiling, sitting, crawling, etc. Because being able to walk is considered to be the first sign of a child becoming self-reliant. However, when the child moves freely, the chances of getting a physical injury increase. On the other hand, the parents or guardians of children who are unable to walk due to physical defects or disabilities should introduce the child to different environments. When a child comes to the children’s clinic or chamber, he or she may show the same reactions as a stranger. Many toddlers accept it easily when the baby is placed on the examination table, but can hold the parent tight at the moment of examination. In this situation, the parents with whom the child has not developed a close relationship, those children 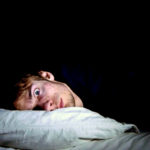 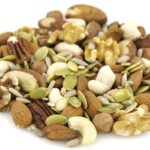 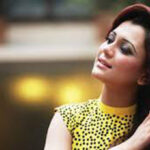 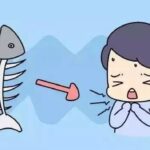 If fish bone stuck in throat 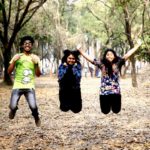 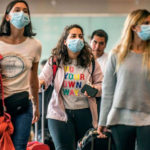 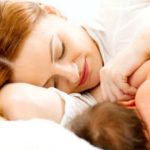 7 foods to increase the child’s immunity

Eggs for heart: Eat daily to reduce the risk of heart disease

Microgreen will meet the demand for green, there is also a handful of income 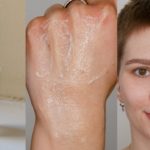 Don’t eat these while going to sleep 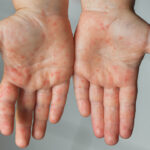 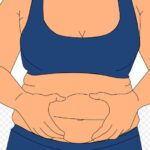